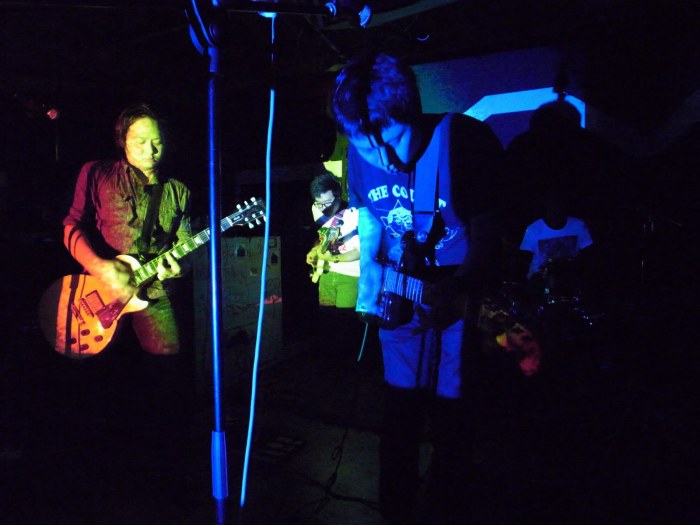 TypeWriter is currently taking a break from gigging and we’re hoping to start writing new material soon. In the meantime, Patrick is mixing the debut album by Shelves (pic above), an awesome band comprising of Noel Yeo, Robin Chua, Melvin Ho and Brian Leery. Shelves, like TypeWriter, is made up of experienced musicians from the Singapore indie music scene who have previously played in bands such as Silverspy, Suchness, Livonia and Leeson. No release date has been announced for the Shelves album but from the tracks we’ve heard so far, it’s going to be an absolute gem! Look out for it in the near future!